Mexico is still one of the most popular destinations on the planet. If you travel Mexico, you have nearly 2 million square kilometres to explore. From beautiful beaches to arid deserts, or dense jungles surrounding surreal mountain ranges, this country has it all. Exploring Mexico city, originally founded by the Aztecs in 1325 will leave you breathless with a culture overload and her exotic, spicy, world renowned foods having you want to travel Mexico many times over.

Ancient ruins immediately come to mind with many UNESCO world heritage sites dotted throughout this diverse landscape. Chichen Itza, a beautiful Mayan city, just recently voted as one of the new 7 wonders of the world. Not far from Mexico city is Templo Mayor,  the world recognised pre-Hispanic Aztec pyramids of Tenochtitlan. Tulum, is a spectacular coastal city dating back to the Mayan period. Hundreds more sites cover this country and are all ready for your exploration.

This place is also a coastal paradise with its shores bordering some of the most stunning oceans and seas around. With famous resort towns like Puerto Vallarta and Acapulco on the famous Baja pacific coast you can play all day and party all night. A short trip north or south will see you walking untouched beaches for miles. Head to the Gulf coast to towns like Veracruz and your dancing to salsa in the sultry night air of this amazing coastal port. This area is a cultural explosion from descendants of African slaves to many Cuban migrants. Mexico’s Caribbean coast has to be seen to be believed.  Mayan ruins, breathtaking beaches, majestic coastal caves, famous resort towns and the second largest barrier reef in the world. This Country truly has it all. 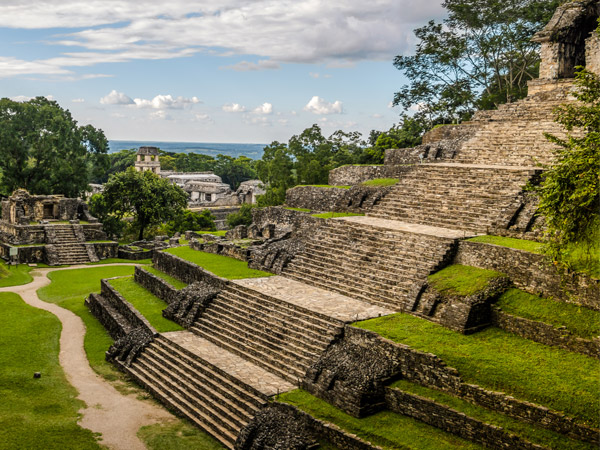 Let culture take over you!
23 days